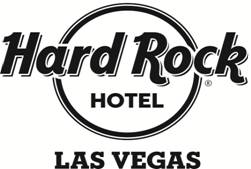 A state-of-the-art sound system delivers an unforgettable live music experience to the intimate 4,000 capacity venue. The Joint offers seven VIP Luxury Suites and a prestigious VIP Level. A superior video system and more versatile stage enhances any production — creating an experience that surpasses all expectations and makes The Joint the most dynamic, sophisticated, and authentic venue in Las Vegas.

Shows at The Joint can be purchased at the Hard Rock Hotel Box Office, online at www.hardrockhotel.com, ticketmaster.com or charge-by-phone at 800.745.3000. For groups of 12 or more call 702.693.5220 or email groupsales@hrhvegas.com.

The ultimate rock band Widespread Panic makes a stop with special guest Dirty Dozen Brass Band at The Joint. Widespread Panic is known as a national touring force and continues to hold attendance records at major venues across the country including Lakefront Arena in New Orleans, Oak Mountain Amphitheatre in Birmingham, AL and Philips Arena in Atlanta, GA. They are a mainstay at many major U.S. festivals, having headlined 10 nights on the main stage at Bonnaroo. This year, Widespread Panic will be making stops at The New Orleans Jazz & Heritage Festival, Wakarusa in Ozark, Ark. and Mountain Jam in Hunter, N.Y. The band still holds the single one-day attendance record for New Orleans Jazz & Heritage Festival, which is 63,000 attendees in 1999.

Yodsanklai Fairtex will battle Chike Lindsay as the headlining dual for “LION FIGHT 10” at The Joint. The main event is a title fight for the Lion Fight World Middleweight Championship. The event will air live on AXS TV.

(Special guests Papa Roach, Skillet, In This Moment and We As Human)

The Carnival of Madness tour, powered by Monster Energy, is returning this summer with multi-platinum rock band Shinedown, along with Papa Roach, Skillet, In This Moment and We As Human. The first Carnival of Madness proved to be one of the biggest tours of the summer, heralded as a “Top 50 tour” by Pollstar. The premier rock tour of 2013 will make a stop at The Joint for one unforgettable show.

(Special guest Explosions in the Sky)

The “Nine Inch Nails: Tension 2013” tour will stop in Las Vegas where the legendary rockers perform two shows at The Joint. Recorded in secret over the last year, Trent Reznor teamed with producers Atticus Ross and Alan Moulder to create Hesitation Marks, the first new music from Nine Inch Nails in five years.

The world’s most notorious band returns to the world’s most notorious city this fall, when Mötley Crüe returns to the stage at The Joint for an exclusive 12-show engagement, Sept. 18 – Oct. 6. The band blew away fans and critics in February 2012 with 12 over-the-top, sold-out shows.
The 2013 shows will be an all-new production and the band is pushing its own envelope once again. The production will be designed exclusively for The Joint in partnership with AEG Live. There will be plenty of surprise elements for fans and a set-list full of hits.

VINYL Hard Rock Hotel & Casino embraces its roots and presents its intimate live music venue, Vinyl. Vinyl delivers the iconic rock ‘n’ roll Hard Rock Hotel is known for as well as genres including jazz, blues, pop and even country.  The multi-functional room not only brings celebrities up-close-and-personal with their biggest fans but it also allows up-and-coming bands to come within arm’s reach of their loyal supporters and capture the interest of new ones.
Tickets for Vinyl can be purchased at the Hard Rock Hotel Box Office, all Ticketmaster locations, Ticketmaster.com or charge by phone at 800.745.3000. Dates and times are subject to change. For more information, visit www.hardrockhotel.com.

One-man band rocker Phil Stendek turns up the noise at Vinyl. The local artist has performed in many Las Vegas venues and is known for using his extreme talent of looping together guitar, drums, keyboard and more.

The AC/DC tribute band High Voltage honors the rock legends at Vinyl. The band has brought back the classic era of AC/DC’s history with a high-energy show and the great heavy blues-rock that was present on the first five AC/DC albums.

The 1975, an alternative rock band from England, will hit the stage at Vinyl. The band is known for its diverse mix of genres including electro-pop, electronic music, guitar pop and R&B.

Spafford, the up and coming band from Arizona is known for its funky rock jams, harmonies and catchy riffs.

Vinyl welcomes America’s rock ‘n’ roll comedy legend Andrew Dice Clay to his new home with a one-of-a-kind residency. Perfect for Sin City, the groundbreaking comedian and actor will thrill audiences with fresh, timely material highlighted by his signature shocking jokes and controversial topics. Must be 18 years of age or older to attend.

Known for its modern-rock music combination of aggression, melodicism and towering hooks, the alternative rock band Candlebox will hit Vinyl’s stage for an unforgettable performance.

(Openers Electric Valentine and Systemec on July 27; and First Class Trash on Aug. 24)

The high-energy Street Drum Corps brings its rhythmic beats to Vinyl for a run of shows. The group has played at festivals, theme parks, sporting events, fairs and more and has been featured on MTV, VH1, “American Idol” and many other major television shows and networks. The band has grown to be popular world-wide and was named “2012 Drum Ensemble of the Year” by Drum Magazine.

Anuhea is one of Hawaii’s most popular folk rock singers and songwriters. Her cover of Estelle’s “Come Over Love” hit number one on Hawaii and Pacific Island radio stations, and her album Right Love, Wrong Time was listed as one of the “Top 100 Albums” in the iTunes store in 2009.

Courtney Love’s solo tour marks her first time on the road since 2010, when she performed with her alternative rock band, Hole. The rock ‘n’ roll songstress presents two nights of performances in honor of Vinyl’s one year anniversary.

Charli XCX will hit the stage at Vinyl as part of her North American tour. The U.K. singer and songwriter is known for her rampant imagination and dark, emotive pop songs.

Singer-songwriter and musician Edwin Mccain performs some of his biggest hits including “I’ll Be,” his song that was featured and included in the soundtrack of the 2004 teen flick, A Cinderella Story.

Hard Rock Hotel & Casino continues its history of introducing underground artists and trendsetting genres to the scene with Body English Nightclub & Afterhours, showcasing indie, electronic, rock and pop music. Guests enter the exclusive hideaway from the grand staircase where they are entertained and intrigued by an eclectic staff. The space features two distinct rooms adorned with lavish leathers, vintage chandeliers and rich dark woods while the private Parlor plays host to Las Vegas’ most talked about soirees. Body English Nightclub & Afterhours is open Friday through Sunday, beginning at 10 p.m. Cover charge is $20 for ladies and $30 for men. Locals are free on Sundays and receive $10 off on Friday and Saturday. For table/VIP reservations, call 702.693.5555.

Paradise Beach is open to the public from 10 a.m. to 7 p.m. daily. Admission is free for hotel guests daily and the general public Monday through Friday. On Saturdays, admission starts at $20 for women and $40 for men and on REHAB Sundays, $30 for women and $50 for men. Prices are subject to change per event. Hotel room and REHAB party packages are available. For more information or to make a reservation, please visit www.hardrockhotel.com or call 702.693.5555.

Located in Paradise Beach, SOUNDWAVES is a summer experience that highlights some of today’s hottest bands and artists in a unique and intimate setting. Tickets for SOUNDWAVES can be purchased at the Hard Rock Hotel Box Office, all Ticketmaster locations, Ticketmaster.com or charge by phone at 800.745.3000. For more information, visit www.hardrockhotel.com.

Dirty Heads’ debut album was released in 2008 and features one of the decade’s biggest rock singles, “Lay Me Down,” which was on No. 1 on Billboard’s “Alternative Chart” for 11 weeks. This reggae/rock/hip hop band from California is inspired by groups like Sublime.