Here’s what the fighters had to say on Tuesday. 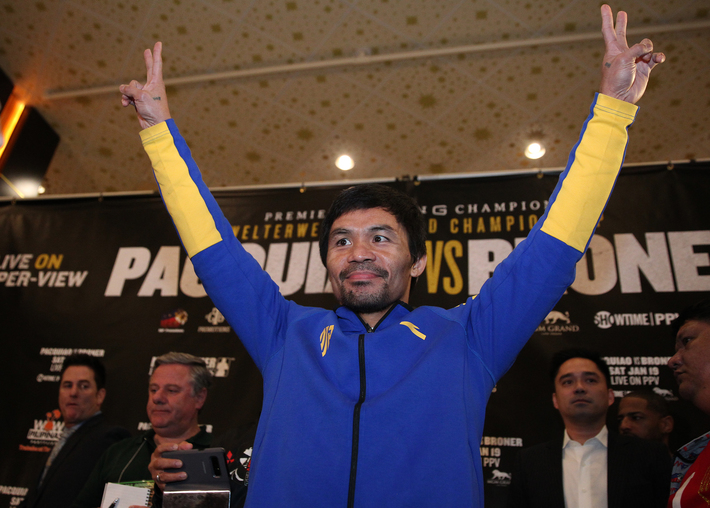 “People say I appear happier this fight. I am happy. I’m so excited to be back in the U.S. to fight again. Everyone has been so good to me here; it’s like a second home.

“I’m getting very excited for Saturday night, and I’m ready for Broner. Forty is just a number to me. My sparring partners are in their mid-20s.

“The fact that I worked so hard in training is an example for my passion for boxing. I am always looking for ways to improve. Now that I’m older I listen to my body. If I’m sore I will take an extra day to recover if I have to.

“Every day in training camp I have been strong, fresh and fast. I am not ready to retire; I am ready for my next fight.” “I’m just excited I’m the underdog and I know there are a lot of people that are here to see me lose. This is my second fight with my trainer Kevin Cunningham and we brought in strength and conditioning, so we good. You’ll see so on January 19.

“I don’t feel like I had to sacrifice around the holidays, because every day is a holiday for me. With all my friends, we can do whatever we want to do on any day. I just have to stay focused and I’m ready to put on a hell of a show on Saturday night.

“It’s great having a guy from Cincinnati like Rau’shee Warren on this card with me. Even though I’m at this stage in boxing, Rau’shee Warren is still like a big brother to me. That was the first person I looked up to when I came in the gym. He will be a champion again on Saturday night, and I will too.

“I’m so focused that I don’t feel any of this hype surrounding the fight. This just starts another chapter in my book. I’m still writing my story and it’s going to have a happy ending.”