THE BEATBUDS' INSPIRING NEW SINGLE "I HAVE A VOICE" 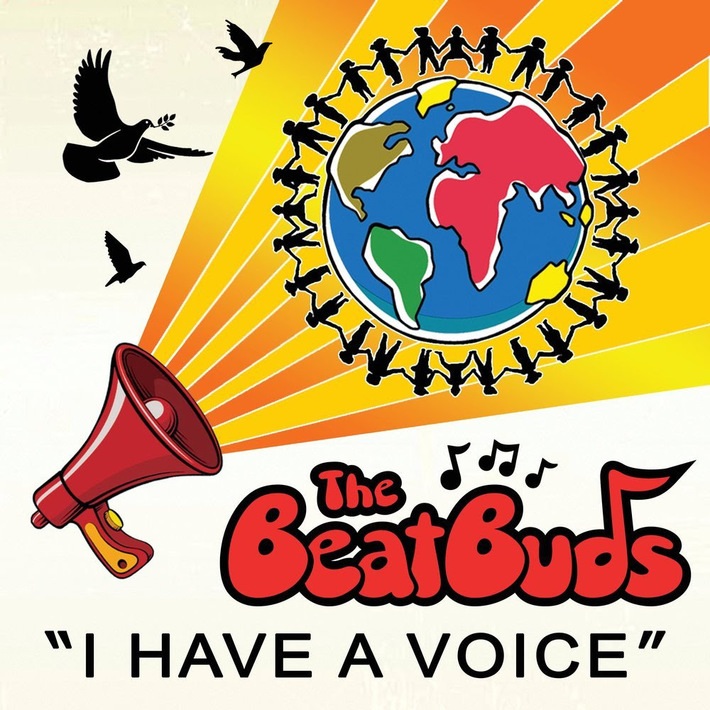 With its pop/rock sound and empowering message, The BeatBuds' timely new single, "I Have A Voice," reminds kids and grownups alike that everyone has the ability to make a difference. "I Have A Voice" is out now.

"For this song, we went back to our indie-rock roots to create a sonic landscape that matches the depth of the 'I Have A Voice' concept," says BeatBuds guitarist and lead vocalist Jonny Jonah. "We need to take action now if we want to make this world the best it can be for our children and the generations to follow."

"I Have A Voice" encourages listeners of all ages to use their voices for change, whether it’s speaking out against injustice, advocating for a good cause, being counted in the census, educating themselves and their children, or planning a trip to the ballot box on November 3.

Stream "I Have A Voice" HERE.

Listen and watch the lyric video for "I Have A Voice" HERE.

"As parents, citizens, and artists living in 2020 America, we feel it's incredibly important to instill in children and young adults the message that 'Your Voice Matters,'" explains BeatBuds drummer Matty Shapiro. "The depth of hardship we're experiencing right now can be overwhelming and distracting, and our goal is to remind families that they, too, have a voice and can be positive instruments of change."

Beloved by a large and devoted fanbase of families around the world – including an impressive list of celebrities who have invited them into their homes for birthday parties and music classes – The BeatBuds are best friends and musical partners who have been playing together since the age of six. Jonny Jonah and Matty Shapiro focus on composing catchy, educational songs that are a bit more contemporary than traditional children's music, while maintaining a fun and lighthearted feel. With a truly parent-friendly artistic approach, The BeatBuds' music can aptly be termed “family” music.

When he was a student at the Los Angeles Music Academy, drummer Matty Shapiro experienced the hands-on teaching of some of the greatest drummers in the world including Ralph Humphrey, Joe Porcaro, Mike Shapiro, Glen Sobel, and Mark Schulman. Throughout his late teens and 20s, he immersed himself in the local Los Angeles music scene, putting his drumming skills and musical sensibility to use opening for numerous international acts like The Killers, Avenged Sevenfold, and Fallout Boy. His involvement in national music festivals sponsored by Vans, Zippo, Ernie Ball, Hurley, etc. kept him motivated and constantly pursuing new drumming and musical opportunities. Matty has worked with legendary producers such as Mike Clink (Guns N’ Roses, Motley Crüe, Megadeth, Metallica) and James Michael (Sixx:AM, Kelly Clarkson, Alanis Morissette) and has done private studio sessions for countless "working" producers throughout his career.

Since 2012, The BeatBuds have performed over 6,000 gigs at venues including The Hollywood Palladium and The Fonda Theater and have released three full-length, original albums. They have partnered with iconic media mogul Scooter Braun of SB Projects (Justin Bieber, Ariana Grande, Kanye West, Demi Lovato, Dan & Shay, Psy, Tori Kelly, and owner of Big Machine Records), and together they are carving out their own exciting path to bring The BeatBuds to the entire world. The BeatBuds look forward to starring in their own animated preschool series on Nickelodeon, with production set to begin soon and a 2021 premiere planned.

Dude Gets Dealt With For Cutting In Line At A Restaurant!

Kevin Samuels’ Mother Confirms His Death, Says She Found Out Through Social Media: “I Didn’t Even Know”